Every summer for the last 40 years, people of all dietary persuasions have flocked to the tiny metropolis of Johnstown, Pennsylvania, for one very special reason:  Vegetarian Summerfest. This five-day food-and-fun extravaganza hosted by the North American Vegetarian Society (NAVS), is North America’s longest running vegetarian festival, and arguably one of its best.

Families, couples, and solo attendees come from near and far for the exciting roster of guest lecturers (Yummy Plants founder Rebecca Gilbert has been a featured speaker), the unparalleled community-building opportunities, information booths and lively veg marketplace, and–of course–they come to relish the gourmet, plant-based cuisine.

If you’ve ever wanted to learn about transitioning to a vegan diet, this year’s line-up features some serious movers and shakers in the healthy-eating movement, including PCRM’s Dr. Neal Barnard and The China Study author T. Colin Campbell.  Interested in becoming an animal advocate?  Experts such as Woodstock Farm Animal Sanctuary co-founder Jenny Brown and Kathy Stevens of the Catskill Animal Sanctuary will be sharing their expertise, encouragement, and creative ideas for helping you help animals.

On the culinary front, Vegetarian Summerfest 2014 promises to whet appetites and dazzle taste buds with its edible offerings. Helming the kitchen this year is Mark Reinfeld, the celebrated Vegan Fusion cookbook author and founding chef at legendary raw restaurant Blossoming Lotus.  Reinfeld brings his unique skill and talent for creating beautiful, flavorful food without animal ingredients, and a deep commitment to offering food to please all palates.

“The vision is to showcase the world-class nature of gourmet vegan and raw food cuisine,” says Reinfeld. “The range of food  goes from comfort food items such as vegan spanikopita, tempeh reubens, and walnut-crusted tofu cutlets, to the more esoteric raw cuisine including raw pizzas, tacos, and brownies.”

As in years past, special diets are also catered to at Vegetarian Summerfest 2014, with offerings so tempting they’ll likely attract even those without allergies or dietary restrictions.

“This year we plan to offer a gluten-free station, as well as an oil-free station, in addition to the raw food station, pizza station, wok station, main line, and two salad bars,” says Reinfeld. “It is my passion and a form of food activism for me to demonstrate how amazing gourmet vegan food can taste.”

To get in on the fun, clear your calendar from July 2­-6, 2014, and visit the Vegetarian Summerfest website to register! http://www.vegetariansummefest.com. 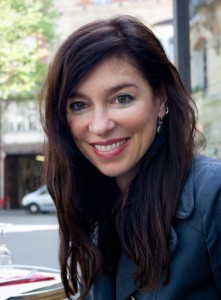