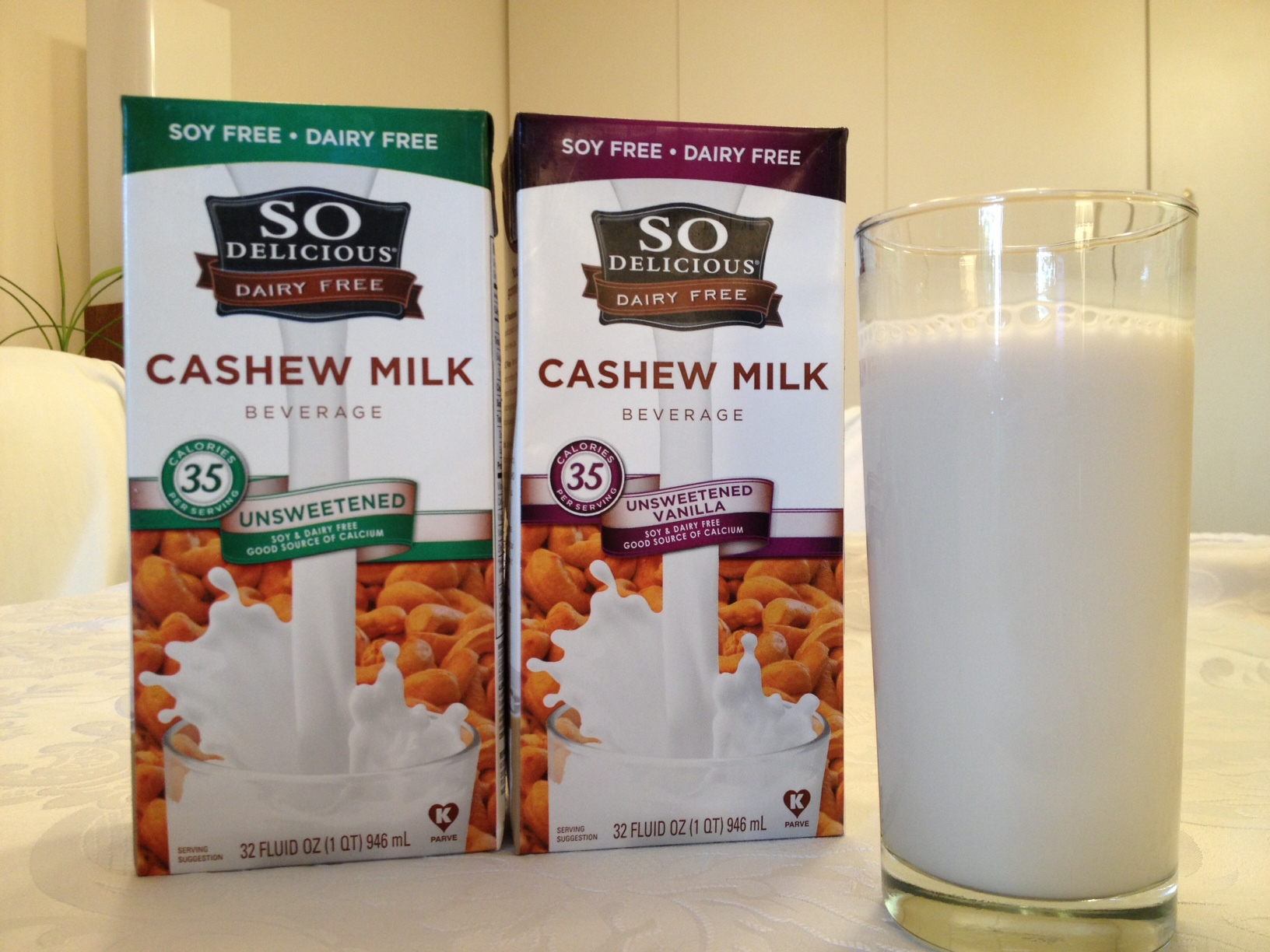 We can put away our Blendtecs and Vitamixes; shelf stable cashew nut milk is here!

Starting in July 2013, we can now find Unsweetened Vanilla and Unsweetened Cashew Nut Milks for about $2.49 in the shelf stable sections of our favorite stores.

Like all of the So Delicious products, the cashew nut milks are also non-GMO, certified vegan, gluten-free, kosher, soy-free and dairy-free.

How do they taste?  Gloriously rich, thick, creamy and decadent.

The Unsweetened Cashew Nut Milk is perfect for vegan mac and cheese or a vegan alfredo sauce.  (I used to have to make my own cashew nut cream for these dishes.)  I can imagine using it for any dish or beverage that has a creamy texture.  Hmmmm… I’m imagining a vegan White Russian, homemade “Bailey’s,” bubble tea, vegan eggnog, and Kahlua & Cream made with cashew nut milk.  YUM!

The Unsweetened Vanilla Cashew Nut Milk is delicious on cereal, in cookies, and straight up in a glass.  Also see adult beverages above.  It offers the same rich and decadent experience with a hint of vanilla.

I appreciate that both of these cashew nut milks have zero added sugar and are guaranteed to be non-GMO.  Thanks, So Delicious!  Each year you give us more products that truly are sooooo delicious. 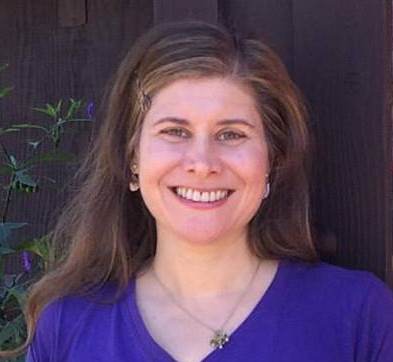 Rebecca Gilbert is the founder of Yummy Plants and the author of It’s Easy to Start Eating Vegan. She’s a former competitive figure skater whose switch to a vegan diet healed her chronic joint pain. Rebecca has been a featured speaker at events including the World VegFestival in San Francisco, Vegetarian Summerfest, the New York City Vegetarian Food Festival, and Paris Vegan Day. She has presented on live television and given corporate talks about healthy eating. Book Rebecca to speak at your organization. 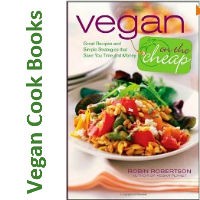