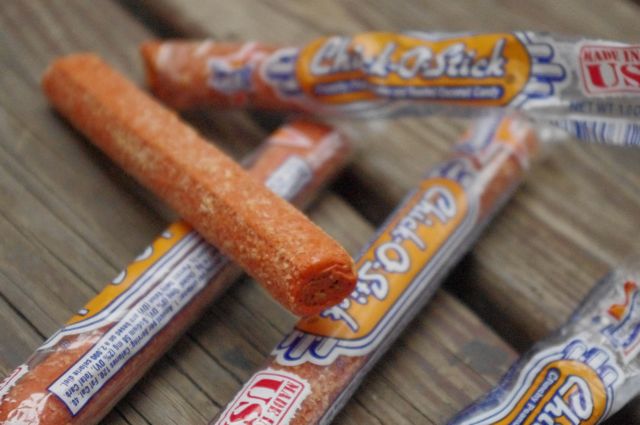 Chick-O-Stick is accidentally vegan! Chick-O-Stick is a long loved, all-American candy. Coconut and peanut butter pair up in this old fashioned candy, and for me it was love at first bite when I was just a kid!

Note: although Chick-O-Sticks have been vegan for a long time, they’re now listed as vegan-friendly on the manufacturer’s website – hooray that people are asking questions and times are changing!

Atkinson Candy Company’s Chick-O-Sticks are crunchy and have the same flaky texture of the inside of a Butterfinger candy bar, with a hint of coconut added into the mix. Chick-O-Stick are widely distributed at convenience stores, candy shops, and you can also find them online at Amazon.

Jessica Earhart runs a vegan dessert company, Iron Betty Sweets, based in Pittsburgh, PA.  Jessica is a vegan foodie.  She makes gourmet and health conscious vegan foods and is dedicated to teaching people how yummy vegan meals can be!

Thanks for sharing our Chick-O-Sticks with your readers! We’re really proud that they’re a) ridiculously yummy b)vegan/kosher and all that good stuff c) made in the USA. Enjoy!!!