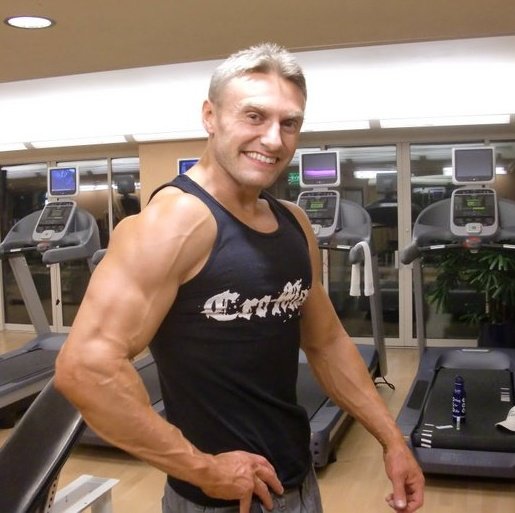 Robert Cheeke is the author of the best-selling book Vegan Bodybuilding & Fitness – The Complete Guide to Building Your Body on a Plant-Based Diet.

Bodybuilder, motivational speaker, and author, natural bodybuilding champion Robert Cheeke pushes himself to exceed expectations, to excel in all he does.

At 15, he was a self-described “skinny farm boy” from Corvallis, OR.  Today, through his hard work and determination, Robert has become a role model for all of us, bodybuilder and non-bodybuilder alike.

Founder and CEO of Vegan Bodybuilding and Fitness, Robert is a risk-taker and entrepreneur whose life exemplifies his favorite quote from Mark Twain: “Twenty years from now you will be more disappointed by the things that you didn’t do than by the ones you did do.  So throw off the bowlines.  Sail away from the safe harbor.  Catch the trade winds in your sails.  Explore.  Dream.  Discover.”

Robert motivates his fellow bodybuilders to explore, dream, and discover through his book Vegan Body-Building and Fitness, his speaking engagements, his training videos, and his website, veganbodybuilding.com. The popular site attracts the vegan bodybuilding community and other vegan athletes.  It promotes vegan fitness with a perfect tagline for bodybuilders:  “Healthy food defines you.”

Veganbodybuilding.com functions as a lifestyle portal (including a dating site for members), an encyclopedia of bodybuilding advice, and an invaluable resource for understanding how a vegan diet improves athletic performance.  The community is growing as more athletes recognize they can improve their peak performance on a vegan diet.  Robert explained the value of a vegan diet for athletes:  “A plant-based diet is conducive to providing energy. There is no long digestion process after eating plants.  Fruits, veggies, nuts, and seeds are the original sources of the amino acids, fatty acids, vitamins, and minerals our body needs.  Whole, plant-based foods build endurance, muscle, and healthier joints.”

I asked Robert how the focus he developed through training has been an important factor in his business success.  His answer was as inspiring as his personal story.  “As a bodybuilder, I learned to do things I didn’t know I could do, and this helped me to build trust in myself.  This trust in my ability to take risks and succeed in athletics carries over to my business.  A strong work ethic is key for both.  If you’re willing to work hard, be consistent and be patient, (it takes years to build muscles), that kind of patience and commitment and consistency will carry over and help you build a successful business.”

Robert Cheeke’s achievements and his site have been featured in numerous publications including the Montreal Gazette and the New York Times.  He is considered one of Veg News Magazine’s most influential vegan athletes.  Robert’s new book, Think Differently, will be available this fall.

Robert and his friend, Derek Tresize, shared some tips about vegan protein sources a few years ago during the Holistic Holiday at Sea cruise.

Thanks Robert for creating such a fabulous resource for vegan athletes and for being an inspiration to entrepreneurs. I wish you continued success!

Hi Braven!
You might want to ask Robert your question on his Facebook page. He won’t know you asked it since he doesn’t monitor the comments on our page. Hope this helps!
All the best,
Rebecca

what do you think ?
what do you suggest?
i understand you are not all raw. are there any successful bodybuilders that are 100% raw that you could refer me to?

I saw you speak the The Toronto Vegetarian food fair, Sept. 2011.

any help is greatly appreciated!!

Hats off to you !! Robert !! Man, this guy is great, well disciplined. He is simply himself enough to shut off non-vegans mouth, who says vegans, vegeterians are skinny.