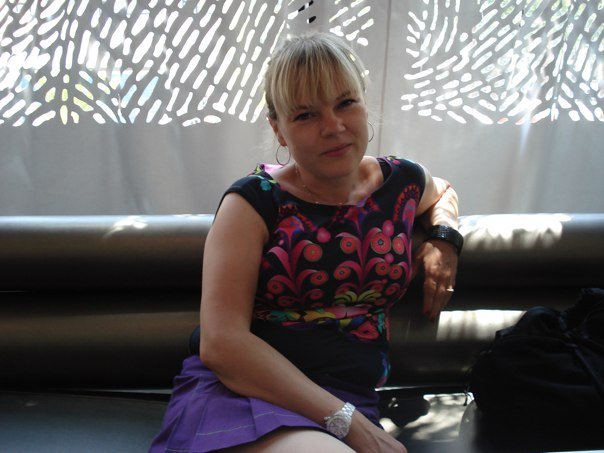 What traditional French pastry have you had the most success translating from the original recipe to its vegan version?
It’s never easy in a country that uses butter, cream, and eggs in almost all its pastries. That said, some recipes are more difficult than others. I am still working on my choux pastry to get éclairs worthy of the name. Same for the famous macarons–the recipe that causes the greatest headache! But I try, relentlessly, because they are the most emblematic of French pastry know-how. My greatest achievement is probably my vegan brioche. I managed to get a tender crumb just like its non-vegan counterpart. It enlivens Sunday lunches.

If you were going to prepare a dinner party for a group of French non-vegans, what would you prepare?
I will make them a Daube Provençal, a traditional dish from the Riviera, without hesitation. Typically made with meat and vegetables in a red-wine sauce slowly simmered over low heat, this stew is one of my favorites. This is why I used great care to develop the vegan version. I was careful to make the flavors, textures, and colors identical in all respects to the original. Finally, it is not so much the meat that gives taste to simmered French dishes. Rather, it is the herbs, spices, vegetables, and the way of cooking them.

Americans love France, but many vegans are worried they’ll starve if they visit l’Hexagone. What tips would you offer to ensure they don’t go hungry when traveling in France?
France is a country where food is held in high esteem–even as a national treasure. Alas, vegan cuisine is barely represented in it. If you must have all your meals in restaurants, go for Indian, Lebanese, or even Italian restaurants. Their menus always include some vegan dishes.

If you can make food for yourself, things are completely different. Ask about the days of the markets in the cities that you are visiting. This is the best way to find in-season fruits and vegetables, sometimes organic, and sometimes coming directly from the producer to the consumer. Markets also have handmade bread, spices, fresh herbs, homemade jams, candied fruits, everything necessary to cook yourself a meal using good local products.

Another tip when you want to enjoy very good vegan croissants: Just ask the baker if she has “ordinary” croissants. (Avez-vous les croissants ordinaires?) They are simply made using margarine instead of butter. Not only are they vegan, but they are also cheaper!

We hear that you’re planning to launch English-language cookbooks of your traditional French recipes. Can you tell us more?
My passion for French cuisine is immense. I think that my work to make it vegan is highly interesting–not only for the French, but also for the American public, which has a longstanding love with our cuisine and pastry.  One of my bestselling books is The Bistrot Cuisine: 10 Daily Specials. I am thinking of expanding it with the vegan versions of the greatest classics of traditional cuisine. I would like people to taste authentic French cuisine, passed down through families and from bistrot menus. For this version aimed toward Americans, I will invite them to travel to my beautiful country from their kitchens and dining rooms. From the aperitif and its appetizers to desserts, I want to offer them a taste of la vie en rose!

Pascale treats us to her recipe for Mediterranean Risotto. 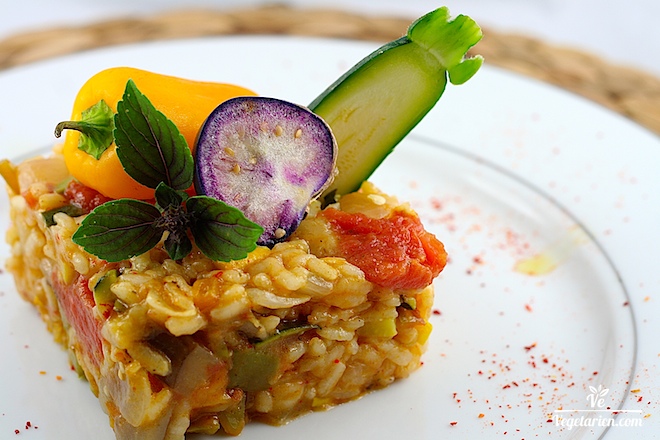 Interview with Karen Knowler, Author of Raw Food Made Simple